Our mission is to work together to stop
the Back Forty Mine.

Join us in our efforts to:

Can the Mine Fundraiser

GOOD NEWS FOR OUR CAUSE!

Today American Rivers of Washington, D.C. announced that the Menominee River has been chosen as one of the Top Ten in their listing of “America’s Most Endangered Rivers of 2020!”

Menominee River named among America’s Most Endangered Rivers of 2020

Dale and Lea Jane Burie, Coalition to SAVE the Menominee River (615) 512-3506, jointherivercoalition@gmail.com

Washington, D.C. – For the second time in four years, American Rivers named the Menominee River among America’s Most Endangered Rivers®, citing the threat of a proposed metallic sulfide mine to drinking water supplies and sacred tribal sites. American Rivers and its partners called on Michigan’s Environment, Great Lakes and Energy (MEGLE) agency to deny the permit for this mining project and protect local communities and the cultural significance of the Menominee River.

“America’s Most Endangered Rivers is a call to action. This mine poses an unacceptable risk to the Menominee River and Lake Michigan,” said Shanyn Viars with American Rivers. “We cannot allow mine tailings to demolish Menominee Indian Tribe of Wisconsin’s sacred sites or send toxic waste into drinking water supplies, potentially risking millions of people.”

A Canadian exploration company, Aquila Resources, Inc., seeks permits for a metallic sulfide mine on the banks of the Menominee River, near Stephenson, Michigan. Known as the Back Forty project, the proposed mine and tailings dam would encompass 1,087 acres — the size of 1,435 football fields. If toxic acid mine drainage spilled out of the Back Forty tailings dam, it would send heavy metals linked to cancer, respiratory failure, and diseases of the nervous system, brain, heart, lungs, liver and kidneys into ancient tribal ceremonial sites, the Menominee River and ultimately Lake Michigan. Currently, it is unclear if a contingency plan has been defined by MEGLE.

The Menominee Indian Tribe of Wisconsin, the Coalition to SAVE the Menominee River, Inc., along with communities and other organizations in Wisconsin and Michigan, are fighting for their right to a clean river,  joined in opposition to the

“After many years of metallic sulfide mining, with every mine proven to have polluted nearby water and contaminated the environment, we should recognize these ingredients as a recipe for disaster,” said Dale Burie, President, Coalition to SAVE the Menominee River, Inc.

“The risks to our waters are too high for this project to go forward. It’s not a matter of if pollution will occur, it is a question of when it will occur. Long-term protection of drinking water, cultural resources, fisheries, and economies are far more important than this short-term project,” said Allison Werner, Policy and Advocacy Director,  River Alliance of Wisconsin.

A world-class smallmouth bass fishery, the Menominee River supplies drinking water for 24,000 people in Marinette, Wisconsin, and Menominee, Michigan. Winding through sacred tribal lands, the river is especially meaningful to the Menominee Indian Tribe of Wisconsin, whose 10,000 years of history, culture and heritage began where the river spills into Lake Michigan. Today, the tribe plays an active role in land management and river stewardship.

The annual America’s Most Endangered Rivers report is a list of rivers at a crossroads, where key decisions in the coming months will determine the rivers’ fates. Over the years, the report has helped spur many successes including the removal of outdated dams, the protection of rivers with Wild and Scenic designations, and the prevention of harmful development and pollution.

AMERICA’S MOST ENDANGERED RIVERS® OF 2020

Honored as a national success story for restoration and a model for equitable and innovative clean water solutions.

American Rivers believes every community in our country should have clean water and a healthy river. Since 1973, we have been protecting wild rivers, restoring damaged rivers, and conserving clean water for people and nature. With headquarters in Washington, D.C., and offices across the country, we are the most effective river conservation organization in the United States, delivering solutions that will last for generations to come. Find your connections at AmericanRivers.org.

When asked to point to a mine that has never polluted, Joe Maki of the Michigan Department of Environmental Quality (MDEQ) confessed, “I cannot.”

What is all the fuss about?

What is the Back Forty Mine?

The Back Forty Mine is a proposal by Aquila Resources, a Canadian mining company, to extract copper, gold, and zinc from a site in Stephenson, Michigan. They intend to create an open-pit metallic sulfide mine.

The mine is estimated to cover 83 acres and be 750 feet deep (that’s the depth of two Statues of Liberty). It would be located only 50 yards from the edge of the Menominee River, which flows into Lake Michigan.

What’s the big deal about a hole in the ground?

It is the process of extracting the ore that contaminates local waters and soils. It produces sulfuric acid (the same caustic substance used in car batteries). This sulfuric acid dissolves rock and leaches out toxic heavy metals. Though the mines are lined below a certain level, this acid and metal seep out along the pit walls into rivers and aquifers (well water).

Also, cyanide will be used on-site because of the low grade of the ore. Because it is highly poisonous, cyanide has been banned from many countries and states, including Wisconsin.

Any contamination at the headwaters of the Menominee River is going to affect people who depend upon the fishing industry or the tourism industry— or for that matter, the clean water downstream.

Has there ever been a safe sulfide mine?

No. The Flambeau Mine operated near Ladysmith, Wisconsin, in the 1990s. Some point to it as a success, but the evidence of environmental contamination is overwhelming.

How can I help fight this? 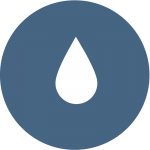 If you are a property owner near the proposed site, we recommend having your well water tested. This will provide a baseline should the mine succeed, and we later must prove the negative consequences to our fresh water supply. Get more information here. 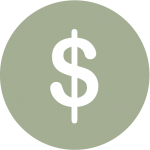 Funds are necessary to educate the public, oppose the mine, and support legal fees. Please consider making a contribution today. 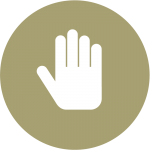 People listen to people. We are coordinating efforts to reach every property owner on each side of the Menominee River in person. We also need people to participate in parades and events, write letters, and otherwise engage the public and oppose the mine. See how you can help.

Coalition meetings are:
the first Thursday of each month
at 6:30
at Our Savior’s Lutheran Church, 1600 University Drive, Marinette, Wisconsin.